When I was in elementary school in the 1960’s, our public schools in California would hold annual bomb drills in preparation for steps that if a nuclear bombs were falling or other military aggression.  We were taught to roll ourselves into a tight roll and cover our necks in this Duck and cover practice.  Even as 7 year it seemed rather useless to try and cover our necks as we might be blown to bits from a nearby nuclear explosion from the Russians.  If the initial blast didn’t get us in the first few seconds, hanging around with all of the nuclear fallout wouldn’t be that great either!

Back in the day, we Americans were very proud of our “Atomic” missile capabilities, and I have this picture of me at a young age where I even had a play car called the Atomic Missile!  Let’s promote this Atomic Missile aimed at some country to our youth by driving around a cool pedal powered vehicle showing this cool concept!  This might be a great concept car for North Korea kids today but hopefully not in America today.

Cruising around the backyard on an Atomic Missile!

We spent much of our mental and financial resources on the nuclear war options and ways to build up our military to be the biggest and the baddest – EVER!

Luckily we got through (or at least the world thought) and we reached a peak period of maximum nuclear warheads pointing at each other and plan to move on to spending our dollars on something better for mankind..  I thought the world was primarily done with that approach of biggest baddest military nuc country wins.

Or so we thought..  But the Trump Issues page wants us to remember the good old days of the 50-80’s!

Peace through strength will be at the center of that foreign policy. This principle will make possible a stable, more peaceful world with less conflict and more common ground.

The world will be more peaceful and more prosperous with a stronger and more respected America.

Under our Making our Military Strong

Our military needs every asset at its disposal to defend America. We cannot allow other nations to surpass our military capability. The Trump Administration will pursue the highest level of military readiness. 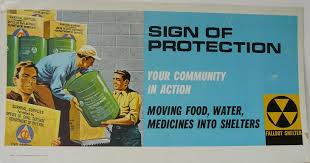 I am local runner interested in developing a Santa Cruz Mountain running group for social, non competitive runs on trails. View all posts by santacruzmountainrunners

This is a text widget. The Text Widget allows you to add text or HTML to your sidebar. You can use a text widget to display text, links, images, HTML, or a combination of these. Edit them in the Widget section of the Customizer.
Loading Comments...
%d bloggers like this: